As mentioned in one of my last posts, at the beginning of this year, I had no idea my life would be where it is now, just eight months later. In January, everything was right on track. We had sold our townhome and were on the prowl for a new home in another city, eventually putting in an offer on one and making the move on February 13. Soon after, we had decided we were ready to have a baby. Since I had my own business (lime | custom design+photography), I worked from home, making it the perfect scenario for bringing home a baby. Just how we wanted it to work out… I would continue to work but be able to be home with our screaming kid. But that all changed in April when I was told my business partner would be leaving our company. Hearing those words felt like life crumbling around me. I was speechless and didn’t know what direction to turn. We had just bought a house and taken on a bigger mortgage, had countless projects to take care of at a new house (gutters, sprinklers, and other things that are b-o-r-i-n-g), and most of all, had hoped to have a baby soon. I felt sick and robbed of all of that, knowing I wouldn’t have a job.

Life went on as it does and I knew something would work out. It always does. 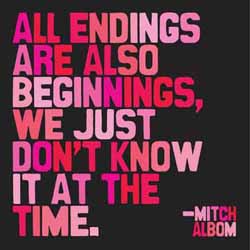 I continued to do photography and small design projects while I dusted of my resumé and began applying for jobs. Who knew doing that would be so scary? Just the thought of going back out into the world, into unfamiliar territory, and working with new people, totally freaked me out. I was happy and comfortable the way it was and didn’t want to leave Lucy for eight hours a day. I didn’t want to sit in an office again. And having a regular work schedule (8-5) with my husband’s afternoon schedule (4p-2a) meant that we’d rarely see each other. It didn’t take long to come to the realization that such is life and I needed to stop the self-pity party. Soon I was eager and excited to get back out there and be passionate about a job again. I had one interview (in the motorcycle industry) and totally winged it because, quite frankly, I wasn’t interested. But it was a starting point. Needless to say, they weren’t interested in me either because I didn’t get offered the position. Fine by me.

I wanted a job that meant something to me and resonated with my life. A job that would enliven me and fill me with joy rather than dread and crabbiness. Hunting, no. Motorcycles, no (given the fact that every time I’m on one, I think “I might die today.”).

Then I saw the job posting for a senior graphic designer at Anytime Fitness corporate. I immediately applied for the position via Monster.com. Fitness industry, awesome. Ten minutes from my house, double awesome. While I was in Colorado, I received a notification saying an email didn’t go through to an email address at Anytime. My heart sank, but I immediatley copied the address and sent a message asking if they’d received my resume. Crickets. I didn’t hear anything for weeks until finally, that ever-awaited message arrived in my inbox! They had not received my resumé and asked to please resend and thanked me for the follow-up.

Days before receiving that email, while in conversation with another marketing associate, she mentioned she wouldn’t ever consider hiring a graphic designer with a boring resumé. Crap, mine was boring. At this point, I was glad AF hadn’t received my resumé after all. I spend three straight hours quickly redesigning it into something fantastic and sent it off to AF as soon as I possibly could. I heard back within days and got set up with a phone interview. (He even mentioned how great my resumé was and that it really caught their eye!) In the meantime, I contacted HR friends and got all the advice I possibly could. I typed up the sample questions one friend said they would likely ask, I wrote my answers, and researched the company as much as I could — I was determined to get the position!!

I killed the phone interview (well, I like to think I did). 🙂 We spoke for a half hour and had not only an interview, but great conversation. I felt good. Within a few days, I got another call back asking me to come in for an in-person interview. I had hoped for no more than two people interviewing me, but walked into five smiling faces. And each one was beyond kind and welcoming. I presented my business card project (homework they gave me for the interview process) and they loved it! Again, I felt like the interview went really really well and walked out the doors with crossed fingers and toes, and a smile on my face.

To cut down an already long story, I was offered the position and here I am today! I’m just wrapping up my fourth week on the job and am loving it. Attending a Twins game (first time at the new stadium for me!) on the Budweiser Rooftop deck the other night, courtesy of AF, is just one of the many perks of the company…

I saw this today and found it to be perfect. 🙂 (on a side note: I haven’t had ice cream ALL week! Yay, me!)

It was a half hour before my parents arrived for a weekend visit when I decided to take the pregnancy test. You know, *just in case*, since I knew I would be enjoying a sizable amount of adult beverages while they were here. I never say no to a glass of wine! I did my thing in the bathroom without any nerves unlike normal, because honestly, I was quite sure I wasn’t pregnant. (I good reminder that all it takes is one time..) I waited as the little hour glass icon flashed for a few minutes and then knelt down to view it. OMG, where is the “NOT” that I was used to seeing before the word PREGNANT? It wasn’t there… 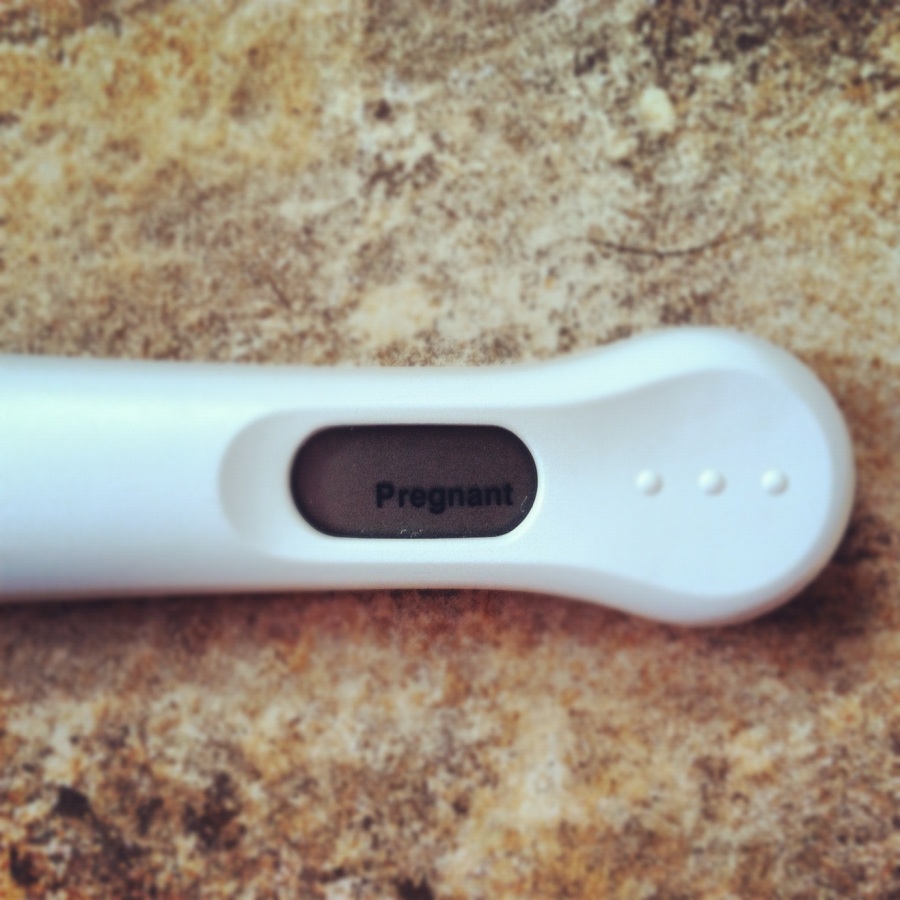 Smiling and shaking equally, I ran downstairs to yell for Cory. I told him I needed to talk to him (with the positive test hidden behind my back). Finally he came across the yard to see what was up. When I showed him, I teared up, but that quickly subsided when his response was “What are you going to do!??!”. I’m not going to let him live that one down! In his defense, he only said that because he knew my parents were almost to our house, not because he wasn’t thrilled! We hugged and smiled and then got to work in the kitchen, dumping out regular beers and pouring in the non-alcoholic beers we happened to have in the house. It was SO hard not to tell my parents the minute they pulled up! Instead, I sipped my fake beers and pretended like all was normal. The next morning, Cory dumped out a bottle of vodka and replaced it with water so I could enjoy some “vodka+tonics” later that day. After four of those and not a single personality change, it was hard not to wonder if people would notice! I had them all fooled. My little trickery went on for a month. I had to use my creative brain to come up with some of the stuff I did, but no one ever caught on so I did well!

Throughout the month, I would occasionally do a pregnancy test just to make sure the little bambino was still there. 🙂

All in all, I think I had a pretty mild first trimester. There were a few weeks where I had zero energy and it was all I could do to lay on the couch and sleep. Cory and I would be out running errands and I’d have to ask him to go in alone because my body just couldn’t make it. I would sleep for 10 hours at night and then sleep off and on all day. After feeling guilty for awhile, I decided I had every right to be that way — I was growing a human being inside me! And since I was in between jobs, I took advantage of it and told myself there would likely not be another time in my life that I would have the opportunity to sleep so much!

I was also pretty nauseous during those few weeks and regularly snacked on saltine crackers (who knew a saltine could be so delicious!). My diet did a complete 180º. My usual breakfast of a homemade egg McMuffin+coffee suddenly sounded disgusting and our healthy dinners that consisted of something on the grill (salmon or chicken etc), a vegetable, and sweet potatoes, was appalling and about sent me over the edge. Even thinking about salmon had me gagging (still does!). My breakfast of choice now is cereal (something I hadn’t eaten in years, really) and a glass of orange juice (something we rarely would have in the house before pregnancy) and all I ever want for dinner is carbs — pasta, bread, soup, and any other comfort food you can think of. And don’t even get me started on ice cream. I am quite sure there was a a streak of eating ice cream for 10 days straight. And it’s still happening. Cory just laughs at me now when I turn to him and say “Can we go to DQ? I really want a chocolate shake”.

Last week I decided it was enough and I had to set a goal — I’d only eat ice cream two times per week. Fail. I didn’t even reach my goal the first week! I convinced myself it can be justified with a couple things:

1. I am no longer consuming empty calories from wine or any other alcoholic beverage.

3. I’m pregnant and should eat ice cream if that is one of the only things that is satisfying. My baby likes it, I can’t help it!

I haven’t had any weird cravings yet (like pickle+peanut butter sandwiches), however there has been days where I want something specific… Pickles. Subway sandwich (which my husband, ever so kindly, picked up for me and even had them heat up for meat for 45 seconds!). Salted Nut Roll (yes this actually happened, and I bought it at Menards!). Cupcakes with frosting. But mostly just ice cream. 🙂

Welcome! It is here where I will share what’s going on in my little life on this giant earth. My adventures of lifelove with my handsome husband, stories+photos of my silly hound, DIY projects, photography, and the journey through my first pregnancy. And before long, an endless amount of photos+stories of my baby! I’m having a BABY! It’s still hard to believe. 🙂

At the beginning of 2012, I had no idea my life would be where it is now, only eight short months later. A new zip code, a new home, a new career, and a baby growing inside me! So much excitement… I feel so blessed that my little life could be this amazing. And I can’t wait to share glimpses of this ordinarily fabulous life with you… 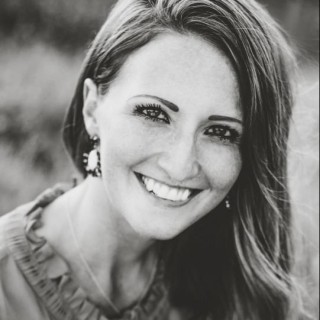